Get fresh music recommendations delivered to your inbox every Friday.
We've updated our Terms of Use. You can review the changes here. 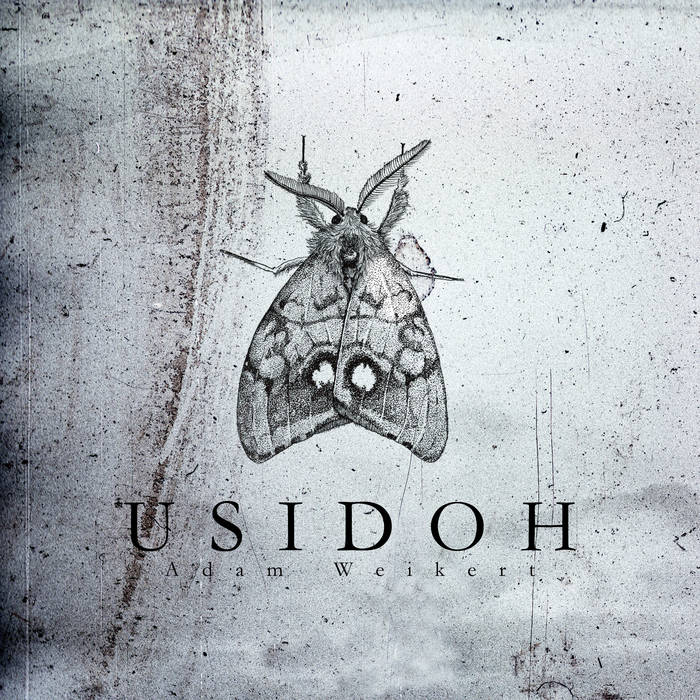 Matt Perry This album is absolutely beautiful! I remember watching the video for 'A Constant Repose' on YouTube and was instantly in love, and now I can finally own it. Great work! Favorite track: A Constant Repose.

"After two albums and several other releases under the name ‘Weikie’, Adam Weikert returns with his debut album under his namesake, with the book of poems and experimental soundtrack - ‘USIDOH’.

Born years ago as response to cope with a traumatic event of his youth, and revived years later after ill health forced Adam to temporarily stop singing - USIDOH showcases the scattered fragments of poems alongside happenstantial Neoclassically themed works, creating a unique and personal experience . Departing the singer-songwriter model of before, USIDOH strikes a mark halfway between his work in Her Name is Calla and various solo endeavours. Following from his EP ‘I May Be Some Time’, he further to delves into the classical piano training he received as a child. Heartfelt Waltzing laments (‘A Constant Repose’, to be featured in David Firth’s film ‘The Meadow Man’) sit astride found recordings of his childhood; bowed saws twist amoungst baroquian banjos, whilst the heartbreakingly nuanced cello of Nicole Robson (whose performances pedigree has landed her with acts such as Bat for Lashes, Lana Del Ray, Rhodes and more, as well as being an accomplished Composer/arranger herself) swell underneath. Generational guitar tunings passed down in the family eek resonance out of his father's guitar, and pour out the in lacrimosal laments in ‘Song of Seikilos’. An ondes martenot emulator inspired by Radiohead’s Jonny Greenwood, programmed from scratch, and manipulated using a graphics tablet based synth of Adam’s own design, haunts reverberant through the epic orchestral opus ‘Vardøhus Festning’ (inspired by Pedar Balke’s sketch of the same name), drifts alongside the lurching soft vignette of ‘The Green Tape’, and peppers its presence across the album, adding a unique one of a kind twist to the works. The audio from home movies and previous projects betwixt fragmented readings create an ethereal and unique soundscape, both familiar and distant at the same time.

The poems themselves are presented chronologically. Scribed urgently in epiphanous moments on archaic old phones as unsent messages to no one, desktop files, scraps of paper - the poems collate into an abstract yet heartfelt milase. Broken sentiments and memory collide with structure and form and wrestle weighty concepts of grief, suicide, substance abuse, dreams, and broken hearts, into open aired poems inviting the reader to cast themselves between the lines. When coupled with the soundtrack, and Vishu Prasad’s stunning illustrations, the poems make for a truly unique experience - the fixed meter of the songs melting into the meter of once ingestion of the prose,

USIDOH marks the maturing and shift in direction of Adam’s work- and with the next several albums already begun, it invites the listener to find themselves within the work - and join him for the journey"

Adam Weikert is one of the core members of popular Post Rock outfit ‘Her Name is Calla’. After two acclaimed singer/songwriter releases as ‘Weikie’, Adam’s now returning to the roots of his musical education. Combining classical training alongside experimental production and instrumentation, he creates unique soundscapes using found recordings, graphics tablets, musical scores, and much much more. ... more

Bandcamp Daily  your guide to the world of Bandcamp